Ray J sets the record straight about what really happened between him and his pregnant wife, Princess Love (video)

Ray J sets the record straight about what really happened between him and his pregnant wife, Princess Love (video) 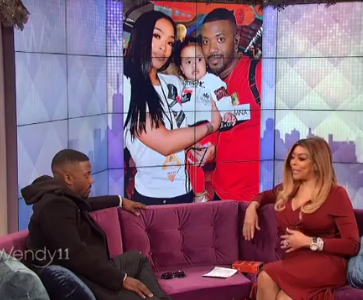 Ray J was a guest on Wendy Williams’ TV show where he addressed the crisis in his marriage with Princess Love.

The couple aired their private affairs in public last month when Princess Love, who is 8-months pregnant, accused Ray J of leaving her and their 1-year-old daughter stranded in Las Vegas while he went to a strip club (read here). Princess Love went on to threaten to divorce Ray J.

Appearing on Wednesday’s The Wendy Williams show, Ray J opened up about the incident.

When Wendy Williams asked Ray J about rumors that he left Princess stranded on the side of the road, he replied: « Again, look, it didn’t happen like that. I would never leave my baby and my wife. I would die first before I leave them on the side of the road. They were at the hotel and that’s what she considered stranded. But look, she’s right, I’m not even going to defend it. Baby, I was wrong. You were right. » 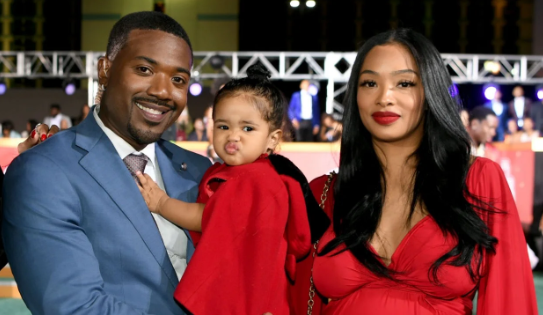 He confirmed that the source of their fighting had to do with him wanting to live in Las Vegas and Princess wanting to stay in L.A.

Williams asked the singer if he’s currently in an open marriage with Princess, who has previously accused him of being unfaithful.

He replied: « I would never get married if it wasn’t super locked between us. I think what we’ve got to work on is just keeping our circle tight where it’s just me and her and our babies. »

Williams also asked Ray J about photos of him at the airport not wearing his wedding ring.

He replied: « My hands was ashy and I needed to put some lotion on, so when I get up to the gate, I don’t have no lotion. I’m looking for the lotion, right there, boom, they got the picture. »

Watch the interview below.