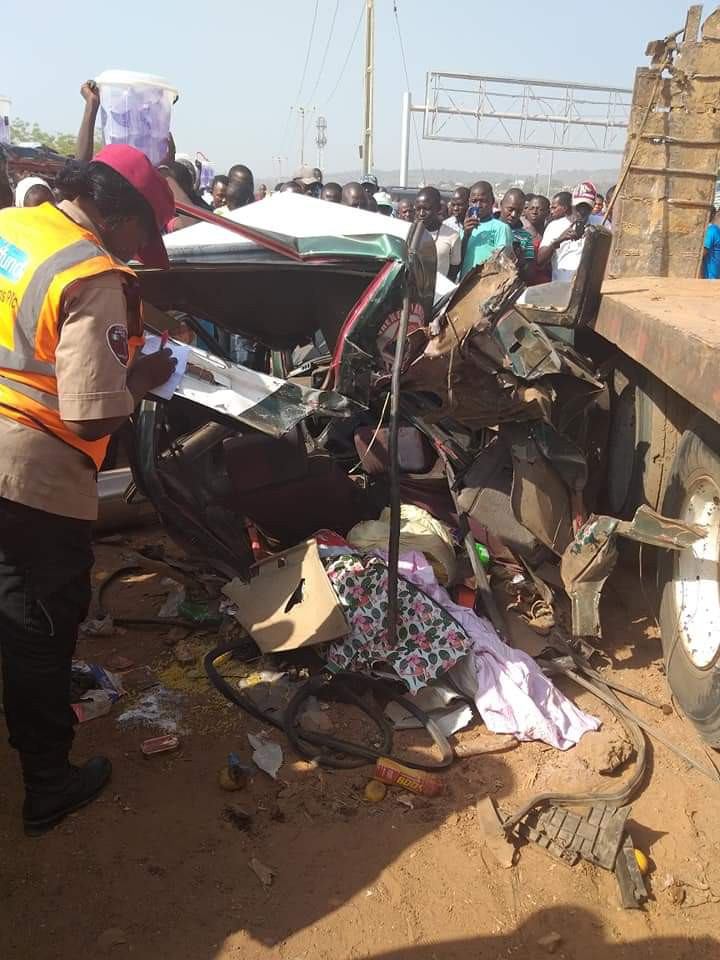 A woman has died after a truck crushed vehicles in Nyanya, the Federal Capital Territory on Wednesday morning at 9 .40 am.

It was gathered that the truck with registration number KSB 379 XA (Kwara) conveying an excavator, ploughed into several vehicles before coming to a halt at Nyanya bus stop.

The deceased, a middle- aged woman was sitting in the passenger seat of the parked taxi, which was the last affected vehicle, died on the spot. The driver of the taxi, who was immediately pulled out of the mangled car was rushed to the hospital.

It was learnt that the truck developed failed brakes at Mogadishu Barracks, outbound the Federal Capital Territory, several kilometres before it came to a stop. The driver of the truck was said to have abandoned it and fled. 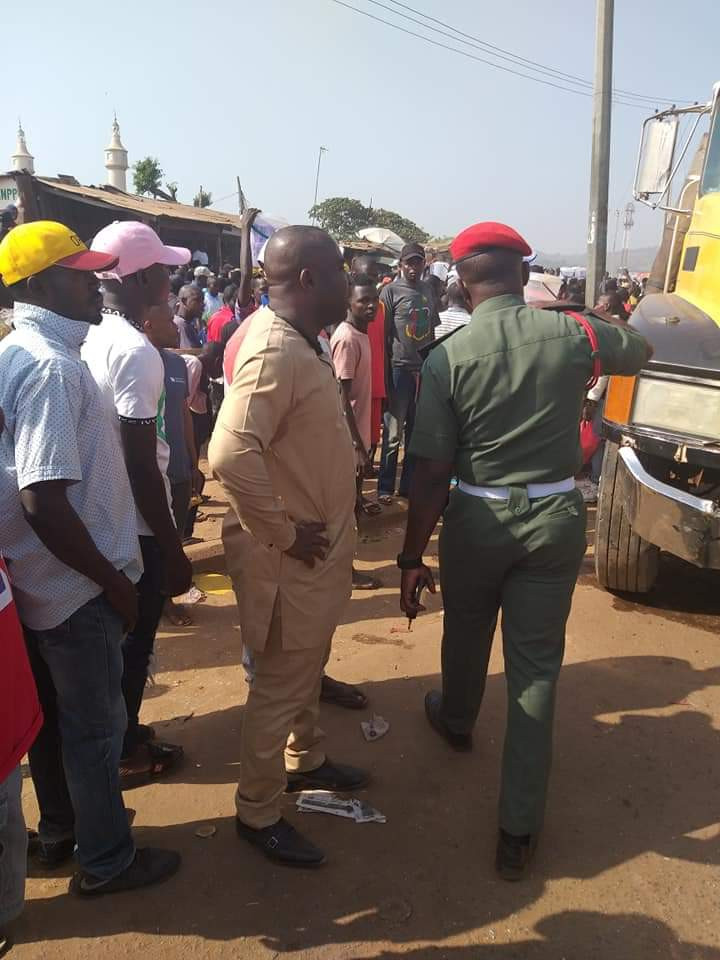 According to Ikharo Attah, a member of the FCT Ministerial Task Team, the remains of the woman was conveyed to the Nyanya General Hospital Mortuary by FRSC ambulance while the injured have been rushed to Asokoro District Hospital for treatment. Read his report below: