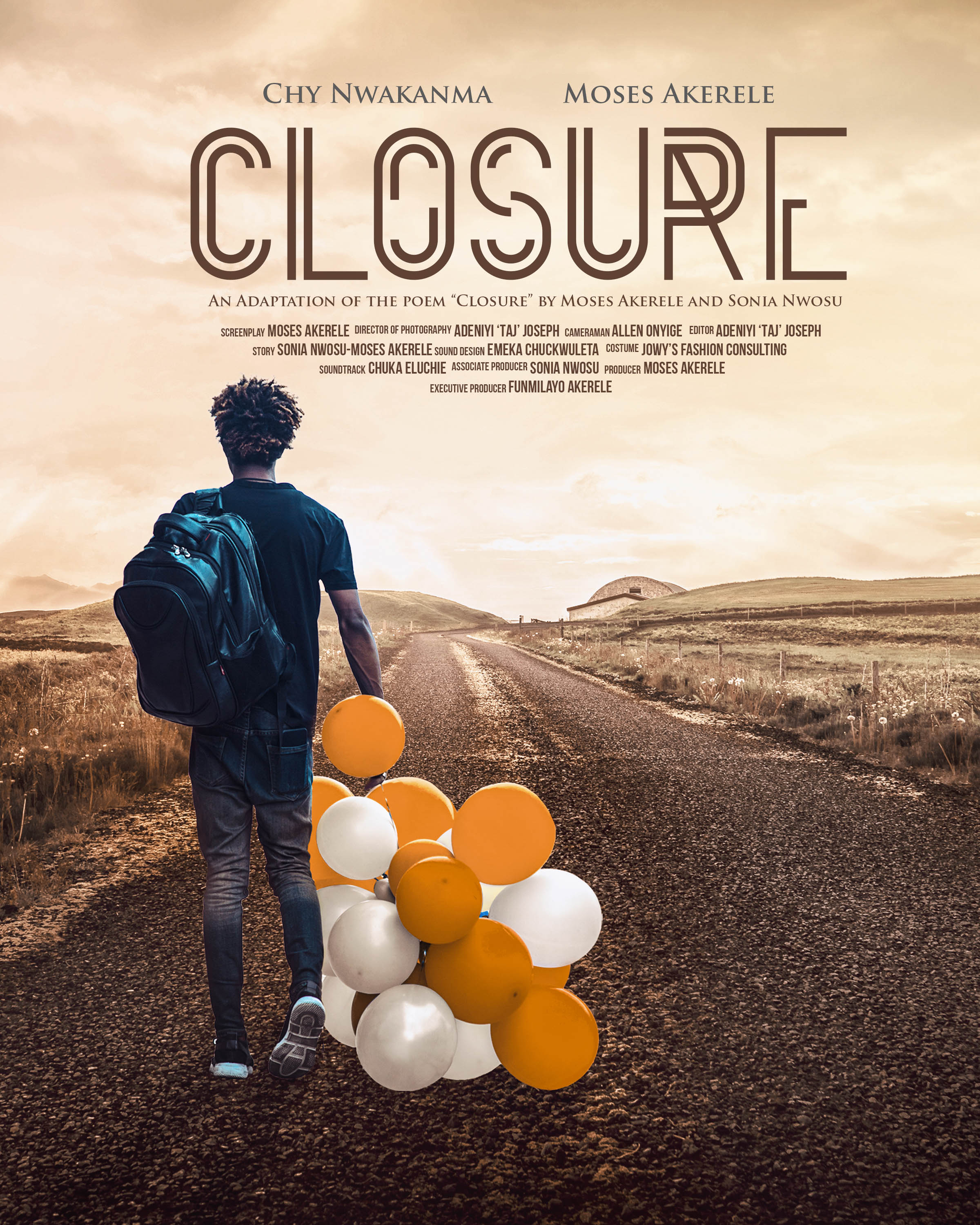 MTV Shuga actor Moses Akerele has released the official teaser and poster for the adaptation of a poem titled “Closure“.

“Closure,” originally by Moses Akerele and Sonia Nwosu, is the story of love lived and lost, and the journey to moving on. The adaptation features Chy Nwakanma as well as Moses Akerele himself.

This is the first of more visual adaptations of the filmmaker, of which he titles “Moses Akerele’s Musings“, to be released in early 2020.